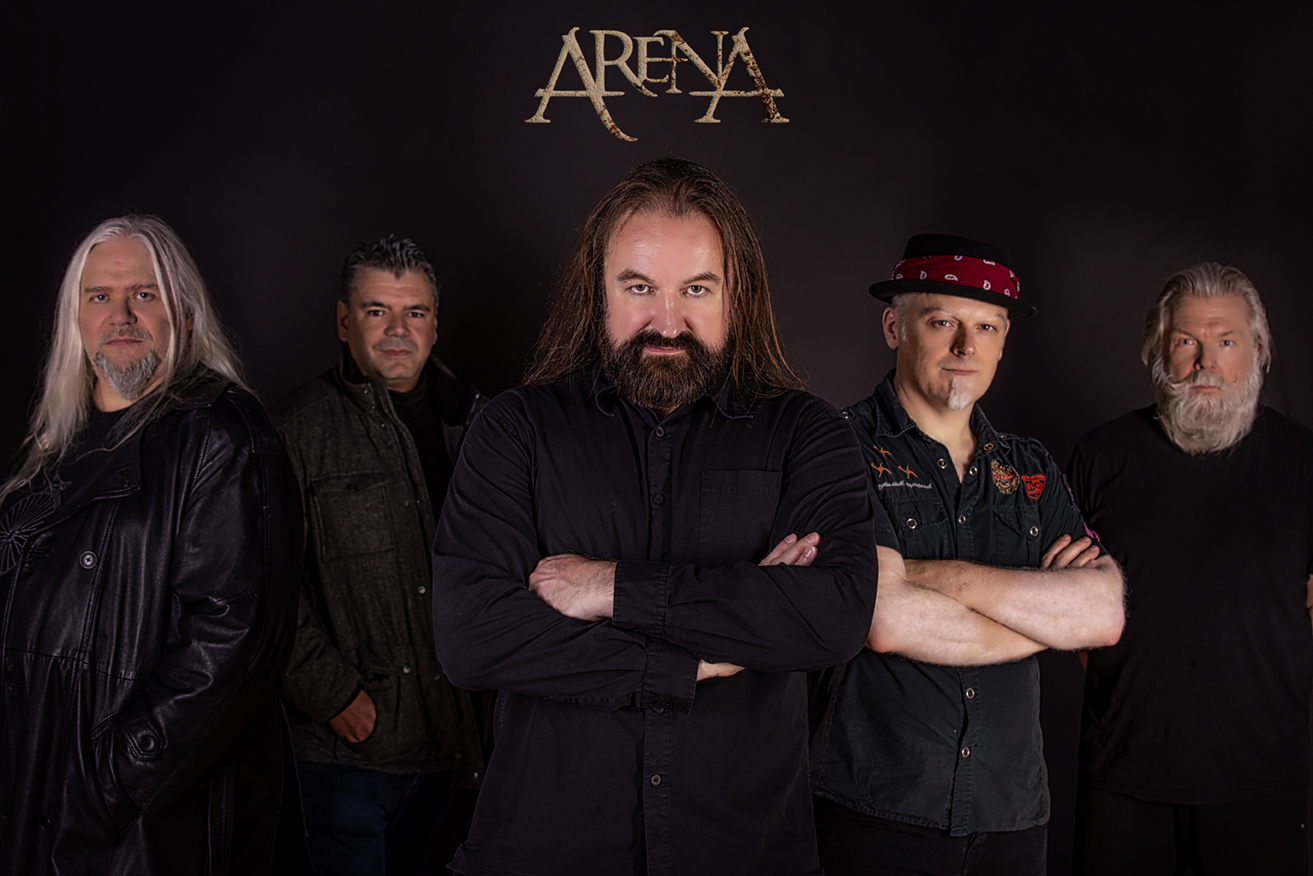 We have great pleasure in welcoming Damian Wilson to the new Arena line up. Most people will already know him as a fantastic singer, and there is no doubt he will bring something special and original to the band.

We have known Damian for about 25 years, and the idea of him singing for Arena has, in fact, been a possibility in the past, but circumstances did not allow that to happen at the time. However, since Paul has now decided to move on, it would seem that we have come full circle, and the time is now right!

A few days ago we took the chance to take some new photos. Although we were ‘socially distanced’, a little photoshop can do wonders. 😉

Recording will start soon for the new album ‘The Theory of Molecular Inheritance’ with Damian on vocals, but the release has been delayed due to the restrictions of the Corona Virus.

You can be sure that we will release our new album just as soon as we can.